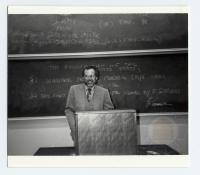 Frederick Schauer is a David and Mary Harrison Distinguished Professor of Law at the University of Virginia. Previously he served for 18 years as Frank Stanton Professor of the First Amendment at the John F. Kennedy School of Government, Harvard University, where he has served as academic dean and acting dean, and before that was a professor of law at the University of Michigan. He is the author of The Law of Obscenity (BNA, 1976), Free Speech: A Philosophical Enquiry (Cambridge, 1982), Playing By the Rules: A Philosophical Examination of Rule-Based Decision-Making in Law and in Life (Clarendon/Oxford, 1991), Profiles, Probabilities, and Stereotypes (Belknap/Harvard, 2003), and Thinking Like a Lawyer: A New Introduction to Legal Reasoning (Harvard, 2009). He is also co-editor of The Philosophy of Law: Classic and Contemporary Readings (1996) and The First Amendment: A Reader (1995), and author of numerous articles on constitutional law and theory, freedom of speech and press, legal reasoning and the philosophy of law.