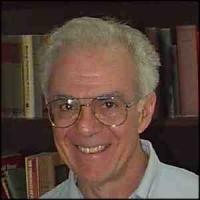 Arthur I. Schulman, Associate Professor of Psychology at the University, was one of the organizers of the American Civil Liberties Union in Charlottesville. He began to recruit members in 1966, and on November 17th at the Thomas Jefferson Unitarian Church, the Charlottesville chapter was formed at a public meeting. Schulman became chairman of the Virginia Chapter in 1969.