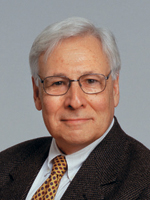 Harry Hillel Wellington was born in 1926. He received a B.A. from the University of Pennsylvania in 1947, and an LL.B. from Harvard Law School in 1952. He taught at Stanford Law School for a year. He clerked for the Circuit Court Judge Calvert Magruder. He also clerked for Associate Justic Felix Frankfurter from 1955 to 1956.

Wellington started teaching at Yale Law School in 1956 as an assistant professor. In his early years at Yale, he was a contracts scholar, focusing his scholarship on freedom of contract, organized labor, and collective bargaining. Wellington's best-known scholarly works are on legal process. He was made an associate professor in 1957, a full professor in 1960, and the Edward J. Phelps Professor of Law in 1967. He helped persuade John Simon to teach at Yale Law School in 1962.